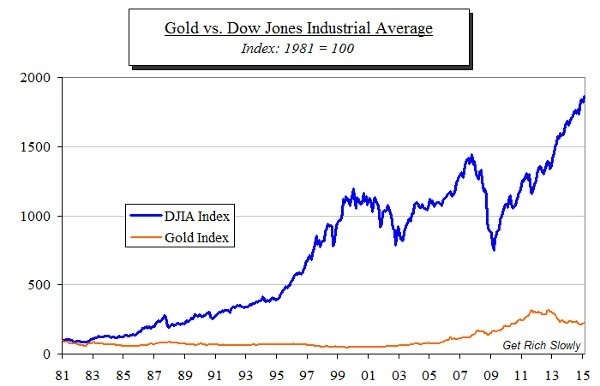 Gold and Other Commodities

August 05, 2020
Share |
The media always like to focus headlines on the Tsunami Du Jour.  This time it’s the flareup in gold prices, and the terror that seems to have provoked concerning the possible cratering of the dollar and of meaningfully increasing inflation, due presumably to the flood of monetary and fiscal stimulus.
Historically, gold would be the worst investment known to mankind, but for the fact that it isn’t an investment at all.  Gold is an inert metal which produces nothing, yields nothing, and is entirely without intrinsic value. Its value exists only by common consent, to the effect that it is allegedly an inflation hedge. That is, gold doesn’t really “go up;” the value of the dollar just goes down.  The world historically bids up the price of gold when it gets concerned that the bottom is dropping out of the dollar.  In that sense, gold is kind of the universal flight currency.  Then, when people stop worrying about the dollar again, it recovers and gold goes back down.  Or at least that's how it's worked up until now.
Merriam Webster dictionary defines investment as: "the outlay of money usually for income or profit".  It defines asset as: "an item of value owned".  So shoes, a car, or a house (see previous article Is Real Estate An Investment?) qualify as an asset, whereas an item whose net value (after inflation) grows over time qualifies as an investment.
The long-term net annual historical return on gold is negative.  For example, in the year 1980, at the peak of our country's only real brush with hyperinflation, gold sold for $800 an ounce, and the Dow Jones Industrial Average was at 800.  Today the price of gold is about $1,800 and the Dow Jones index is about 33,800 (up 42 times).
Gold has basically gone up from $800 to $2,000 in 40 years, up 2.5 times. By comparison, the Consumer Price Index over the same span of time went up 3.3 times. This is an inflation hedge? Better to have bought vintage comics.
In essence, gold is either a hedge or a currency speculation, depending on how you choose to look at it.  Again it doesn't really have any intrinsic value, because it doesn't produce anything.  If I sound dismissive about gold, it's because I am.  If there's a more efficient inflation hedge than mainstream U.S. equities, I haven't found it yet.  And they pay rising dividends!
It is narrowly correct, as the headlines preach, that gold – pushing toward $2,000 – has recently made new all-time highs. Its last all-time high, set in August 2011 at the height of that apocalypse, was $1,850. That is to say, gold has essentially been dead money for nine years.
Conclusion: gold itself is foolish and selling stocks to buy gold is beyond foolish; it’s historically insane. By far the greatest long-term inflation hedge ever crafted by the hand of man has been mainstream U.S. equities. This time is not different.
Source:
Nick Murray
Bob Stein - First Trust Portfolios