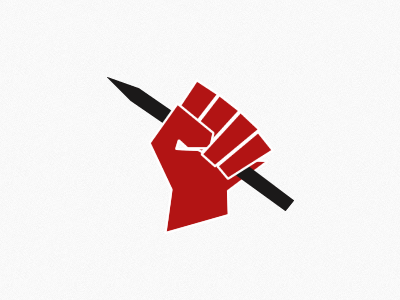 Many of us dream of a comfortable and carefree retirement.  We have suited-up and showed-up in a tough world and we have survived.  At a minimum we deserve fewer worries in retirement than we had when we were working.   So what will our retirement look like?

Most of us don’t know.  According to a recent Gallup study, less than 3 in 10 Americans have a long-term financial plan outlining their savings and investment goals in detail.  Add to that the fact that less than one in three Americans prepare a detailed household budget.  Yes, there probably is a connection here.  So many people don’t know where they are, and thus can’t know where they are going!

It is no surprise that according to the Social Security Administration nearly 1 in 4 retirees live on social security alone.  That is not just a tough retirement, it is a brutal retirement.  As Benjamin Franklin once said: "If you fail to plan, you are planning to fail!"

Why don’t more people “put it in writing”?  Why not simply write down a rough draft?  Is it because we are too busy in this fast-paced world?  Is it because budgeting, planning or money itself is not that important?  Is it because the issue of money just “slips our mind”?  Or is it a fear of failure?

In my experience over more than two decades as a financial planner, I have found that most people’s fears boil down to issues of health and money.   Financial worry and the paralysis that comes with that worry are common in today’s fast-paced, keep-up-with-the-Jones world.  Typically, many people  fear today that they won’t do as well as others in similar situations.

Sometimes it is simply the fear that we won’t do as well as the people around us appear to be doing. The thought  of writing something unknown on paper triggers that fear.  For example, in budgeting and planning there is a fear that the numbers just won’t add up. Often, it is a fear that our expenses will be more than our income!

My experience has been that the worst written budget trumps the best imagined budget.  Why?  Written plans tend to be executed and improved.  Imagined plans tend to be forgotten.  A written budget plan holds you (and your spouse) accountable to something.  Even if you fail on the first attempt (which usually isn’t the case), it gives you a yardstick for improvement.    Progress, not perfection, is a building block to financial security.

Throughout history, great leaders and successful people from Marcus Aurelius to Winston Churchill, put things in writing.  They journal and scribble.  And yes, they budget!  Study after study has shown that in order to effectively solve a problem you need both halves of your brain engaged.  The right side is visual and the left side favors language.  In other words, successful people solve problems effectively by talking about it and writing about it.

Most of us think about money regularly. The good news today is that we have choices as to whether our money controls us or whether we control our money.  Prepare, and then sit down with a professional.   As a first step, take a few minutes to write a rough draft of your retirement plan on a notepad.  That is the most critical first step to achieving your future financial goals!