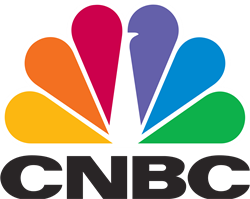 The world's happiest investors share in a rich life

Russian novelist Leo Tolstoy famously started "Anna Karenina" with the bold statement that all happy families are alike. But do happy countries all tend to do better as stock investments as a result of similar traits?

A recently released annual ranking of the world's happiest nations showed that Scandinavian nations continue to be among the world's happiest places. The World Happiness Report saw Norway jump from fourth place in 2016 to first place this year, followed by Denmark, Iceland and Switzerland.

The rankings are based on annual surveys of citizens in each country, but researchers consider per-capita gross domestic product as one of the prime criteria for happiness, along with life expectancy, perceptions of corruption, support from relatives and friends, freedom to make life choices and charitable giving.

"You have to look at causation," said Warren Cormier, CEO of Boston Research Technologies and co-founder of the RAND Behavioral Finance Forum. "Does money lead to happiness, or do happy people end up making more money?"

He said both factors may be at play. "There is a link between happiness and stock market participation. Endorphins are released when people are happier, and this in turn leads among some people to an increased acceptance of risk," he said. Being happy doesn't necessarily make an individual more intuitive or skilled at investing, Cormier noted, but a country with a happier population could still see a boost in stock market performance due to the higher percentage of participation.

The happiest countries and 5-year performance

(Source: World Happiness Report from the Sustainable Development Solutions Network in association with the United Nations; performance data from MSCI standard index series of large/mid-cap stock country markets, as of 4/25/2017. Data for No. 3 in ranking Iceland is not available from MSCI. U.S., No. 14 in the ranking, included for comparison purposes.)

The United States scores in the top 10 percent among nations for happiness — though it did not make the top 10 in the rankings, slipping to 14th place this year. But U.S. stocks have generally done well compared to other markets, with the S&P 500 up a healthy 14.6 percent for the year ending April 25, according to MSCI. Norway, the happiest country, is up roughly 6.6 percent in the past year.

More from Trading the World:
What to expect in buyback boom under Trump's tax reform
Why millionaire investors don't care about Trump's time-traveling tax reform
You may actually want to reject this investing advice from Bogle and Buffett

ETFs targeting these countries can generate even better performance by concentrating stock picks to roughly 50 holdings or less. The Global X MSCI Norway Index (NORW) ETF specifically is up roughly 11.5 percent for the year through April 25, according to Morningstar, a big edge over the MSCI Norway Index. The iShares MSCI Denmark Capped Investable Market Index Fund (EDEN) returned 4.69 percent for the past year, through April 25. That compares to a return for the MSCI Denmark Index of –7.43 percent.

What happiness doesn't translate into is consistent performance, especially for countries where happiness and GDP are linked to natural-resource wealth, such as Norway and Canada. The impact of low oil prices in recent years has taken away as much as it gives to stock markets in these nations.

Wealth and happiness do often make a strong case for scouring investments around the world. Consider Chile. The happiest South American country (20th overall in the ranking) has also seen great market returns. Chile is the South American continent's richest nation per-capita. The iShares MSCI Chile Investable Capped ETF (ECH) returned 22 percent for the 12 months ending April 25. Brazil, the second happiest South American country (22nd overall), did even better — the $5.7 billion iShares MSCI Brazil fund (EWZ) generated a return above 45 percent in the past year as the country recovered from a recession and political crisis.

Famous investors often say the worst of times is the best time to buy — think Warren Buffett and the "Be greedy when others are fearful" mantra. Brazilian stocks are an example of where longer-term happiness relative to other nations in its region met a short-term oversold opportunity in stocks.

The happiest countries and 1-year performance

(Source: World Happiness Report from the Sustainable Development Solutions Network in association with the United Nations; performance data from MSCI standard index series of large/mid-cap stock country markets, as of 4/25/2017.Data for No. 3 in ranking Iceland is not available from MSCI. U.S., No. 14 in the ranking, included for comparison purposes.)

In Asia the happiest country is Singapore (26th place), and it is soundly beating relatively unhappy Vietnam (94th place). The iShares MSCI Singapore Capped ETF (EWS) returned 7.4 percent in the past year, according to Morningstar data through April 25, and has posted positive performance over the past five years, at 1.4 percent, and 10 years, at 2.56 percent. That's much better than the return of VanEck's Vectors Vietnam ETF (VNM), which has posted declines in the past one, three and five-year periods. It is taking part in the global equities boom this year, up more than 7 percent, but that's just half the year-to-date return of EWS.

With GDP, corruption and life expectancy as criteria, it's no wonder that stable, relatively wealthy European countries dominate the top of the rankings. Outside that region, richer and more stable countries also score well. Examples: Israel (11th place) in the near-Middle East; Costa Rica (12th place) in Central America, and Singapore in Asia.

"It has been my experience that when you look at a stock market in any country, prices are inevitably tied to profitability and economic growth of the companies in that country," said behavioral financial advisor and CFP Steve Kilpatrick, CEO of the investment management firm Kilpatrick Advisors. He said economic growth on a national level increases employment, adds to tax revenue and accelerates standards of living. "A sense of freedom, security, health and purpose are all basic qualities of happiness. Happiness measurements and equity market indexes could both be seen as an inevitable result of economic growth," Kilpatrick said.

"A sense of freedom, security, health and purpose are all basic qualities of happiness. Happiness measurements and equity market indexes could both be seen as an inevitable result of economic growth."-Steve Kilpatrick, behavioral financial advisor and CFP

Looking at how the markets of less-happy countries compare is difficult because many of those ranked very low are small emerging market economies and not tracked by single-country indexes. And some developing nations going through major economic gyrations offer huge opportunities to investors, even as large portions of the population remain in poverty. The least-happy countries with dedicated ETFs include India (ranked 122nd), which has been one of the world's best stock market bets, up 18.89 percent in the past year, according to MSCI. The largest single-country ETF tracking India is the $4.8 billion iShares' MSCI India ETF (INDA), which has posted impressive numbers in the past one, three and five-year periods.

But another unhappy country, 104th-place Egypt, has been marred by violence and political turmoil. Egypt's market is down more than 6 percent in the past year and has also produced negative returns over the past three, five and 10-year periods. The Egyptian market is tracked by the $55 million VanEck Vectors Egypt Index ETF (EGPT), which is bouncing back this year, but has matched the poor performance of the MSCI country index in recent periods. That can't make its investors happy.

— By Joe D'Allegro, special to CNBC.com